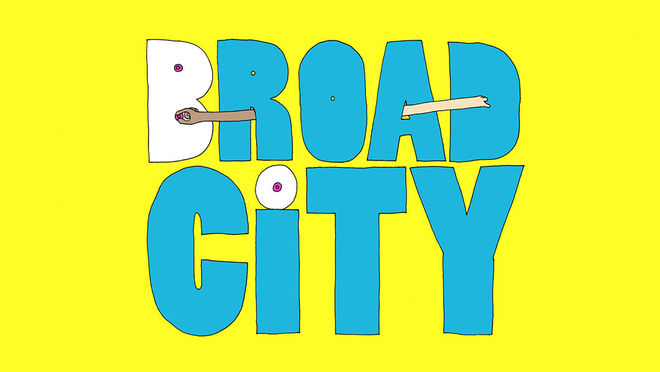 “We should stop trying to introduce people to the things we love,” I said to my partner last week. We had just made my parents listen to an episode and a half of The Mystery Show while on family vacation. We had started their Mystery Show introduction a little under an hour before our drive was over, and when we started the winding climb to the house where we were staying, we still had twenty-one minutes of the Britney episode left. We didn’t have a “driveway moment”; instead, my very tired parents and my partner and I schlepped our stuff inside, and my dad fell asleep on the couch.

To be clear, my parents didn’t say they didn’t like the show; it’s that they didn’t say much at all (although my mom did ask, at the end of the first episode, “Do you have another episode on there?” and that’s why we started the second episode in the first place). I begin here in the service of explaining what happens to me—and perhaps to you, too—when watching myself watch a beloved media object through the eyes of someone who’s experiencing it for the first time, and noticing every delineation of their not yet having arrived at any opinion about whether they, too, are fond of the beloved media object.

In Portland two springs ago, the aforementioned partner and I thrust a different beloved media object in front of another set of family members: we were bringing a sketch from the then-web series Broad City to my sister and her partner. They had a nonreaction to the program similar to the one that my parents evinced last week; it’s not that they hated it, it’s that they said nothing in the face of something I find truly beautiful, moving, exasperatingly and heart-breakingly relatable, hilarious. In these cases, I’m baffled, and offended, and crazy insecure about why this might be.

The sketch in question was “The Commute,” which follows the two leads—Abbi and Ilana—preparing for their impending workdays in their two apartments:

For me, this sketch is my happy place. Or, one of my happy places (another is this Key & Peele sketch, another is this video of Diana Taurasi kissing Seimone Augustus’s cheek). When I watch Abbi and Ilana be so very much themselves to the absolutely perfect soundtrack of Pass That Dutch and Gypsy (two perfect songs joining into one), I thrust my arms into the air; I feel alive. I love that, without words, we learn so much about these two women, and are able to align and/or distance our own stupid selves with/from their stupid selves, even when/if the basic facts of our lives are so different from theirs. My heart breaks with love for Ilana when the whole tilt of the sketch dissipates and she breaks in with “I want babies.” They’re able to turn a corner with that one, and to turn one more time with Ilana’s simple “fuuuuck” and the elevator ding at the end. I think it’s just perfect, and could watch it all day today and till about lunchtime tomorrow.

This all changes when I watch it with someone for whom it’s their first encounter with Broad City; that’s confusing and nerve-wracking. Of course they’ll hate me when they hate the clip. Of course they’ll think I’m an idiot when they think it’s dumb. When the clip fucking starts with Ilana pulling out the vibrator for her morning orgasm, I remember that I’m with my sister, and get uncomfortable about how she and I have never really talked with each other about sex. When Ilana says the thing about babies, I immediately want to explain what a non sequitur is and why I like this particular one, even though I’d be uselessly telling this to two English Ph.Ds., and anyway my understanding of non sequiturs stems mainly from my childhood readings of the comic strip by the same name. I think my sister’s a little bit the Abbi to my Ilana, even as I’m a little bit the Abbi to my partner’s Ilana.

At the end of the three-minute clip, my sisters, at whose house we were staying, said, “So do you two want sheets?” We made our bed and went to sleep.

In conclusion, I suppose I will now aim for indifference when it comes to whether or not you find this clip hilarious, so relatable it breaks your exasperated little heart, moving, beautiful. Maybe you’ll like The Mystery Show, or the WNBA, or Key & Peele, and maybe you won’t. My beloved media object needn’t be yours; which is to say, if I really love something, it doesn’t matter if you do, too, right? But… do you?

Hannah Ensor is a poet living in Tucson, Arizona. She coordinates the Reading & Lecture Series and the Summer Residency Program at the University of Arizona Poetry Center, is the president of the board of directors of Casa Libre en la Solana, serves as an assistant poetry editor for DIAGRAM, and co-edits textsound.org. More of her writing can be found at hannah-ensor.com.

← On Joyce Carol Oates, Stand-Up Comedy, Poetry, and How Each Genre Is a Special Snowflake and We Need Them All
Maria Bamford and Me →