On Joyce Carol Oates, Stand-Up Comedy, Poetry, and How Each Genre Is a Special Snowflake and We Need Them All

Joyce Carol Oates says a lot of unconsidered sh*t on Twitter and we should just ignore her, but I couldn’t resist responding to this: 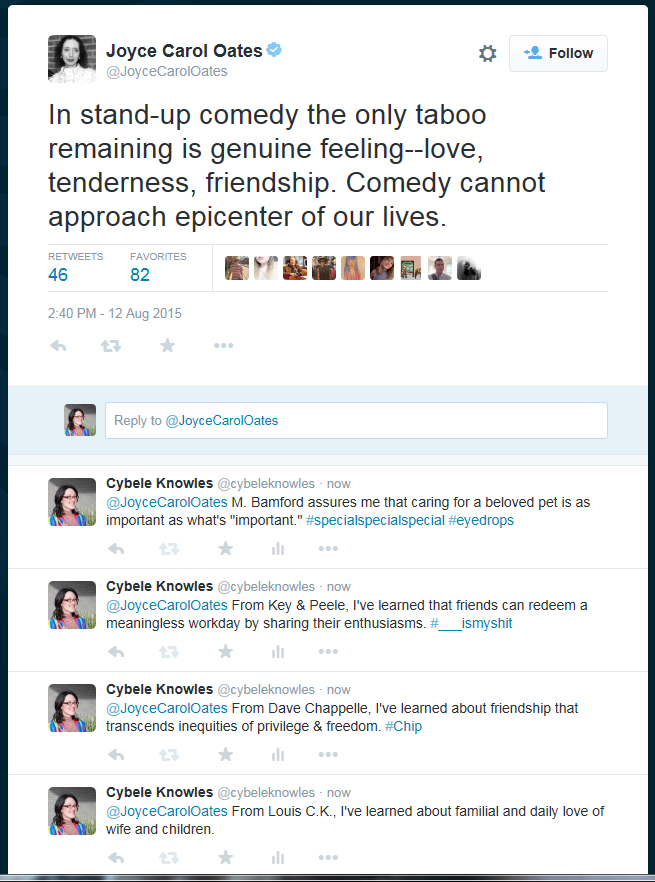 I wasn’t the only one to take the bait: in about 24 hours, JCO’s tweet received almost 2,000 (mostly indignant) replies. So she made things worse: 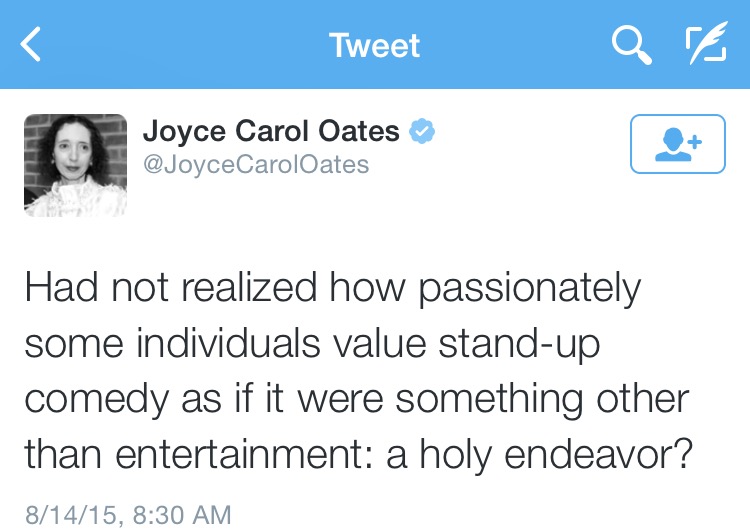 My reaction to that was best expressed in this reply: 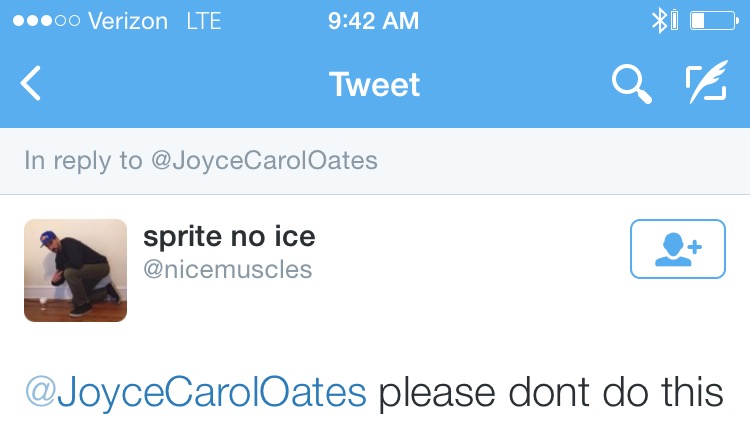 Although JCO’s assertion that comedy “cannot approach the epicenter of our lives” is so wrong it appears to be a taunt, it is true each genre has a unique set of powers and limitations. I watch a lot of stand-up comedy and I attend a lot of poetry readings, and I’ve been thinking about the similarities and differences between these two genres. Both strive to express something important using artful language that is compressed, rhythmic, and/or otherwise rhetorically marked. In their live performances, both poets and stand-up comedians create artificial cadences to basically enchant the listener, as do preachers, pastors, and rappers.

And what is different between comedy and poetry? To make a sweeping generalization, poetry often gets at the “truth” through the specific detail, where stand-up comedy often gets at the “truth” through a generalization. It’s the rain on the red wheel barrow vs. “Asian parents are like this.” (I have an Asian parent and they kinda are like that.) Neither approach expresses the whole truth, but each has something important to speak to truth.

But this post is what I really meant to say.