Alt-POTUS 45: Take a Break From the Unending Horror

Where women aren’t so hated that 24% of us would vote for a decrepit, sociopathic monstrosity of a business failure and lifelong cheat rather than a competent woman to be our leader.

Where the office of the President of the United States isn’t being dragged through the mud.

Where the scumbag GOP isn’t taking advantage of it all by crapping on our heads as abundantly and rapidly as possible. (How do we get get these stinking Paul Ryan buttocks off us?) 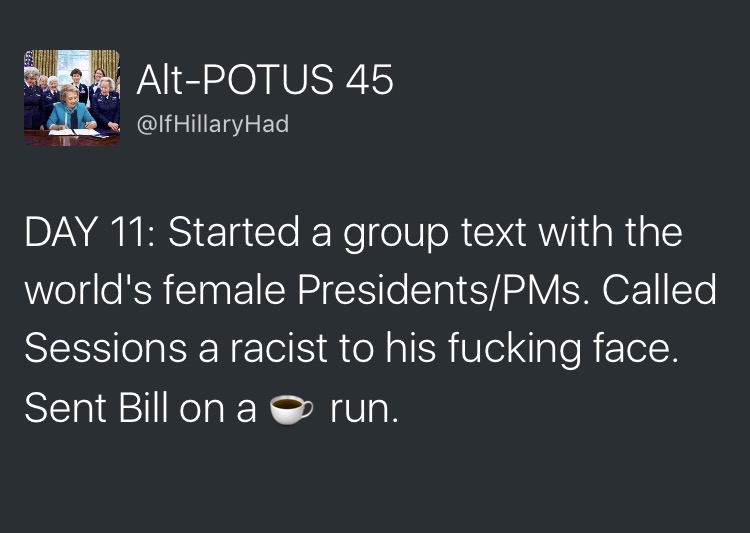 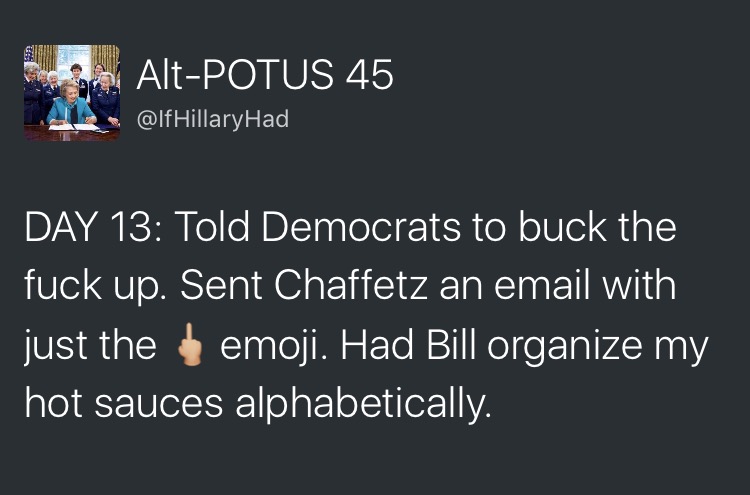 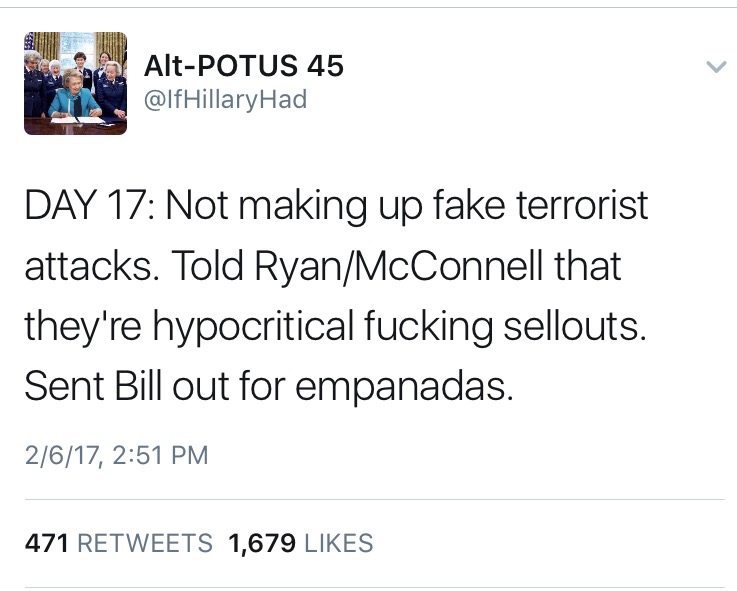 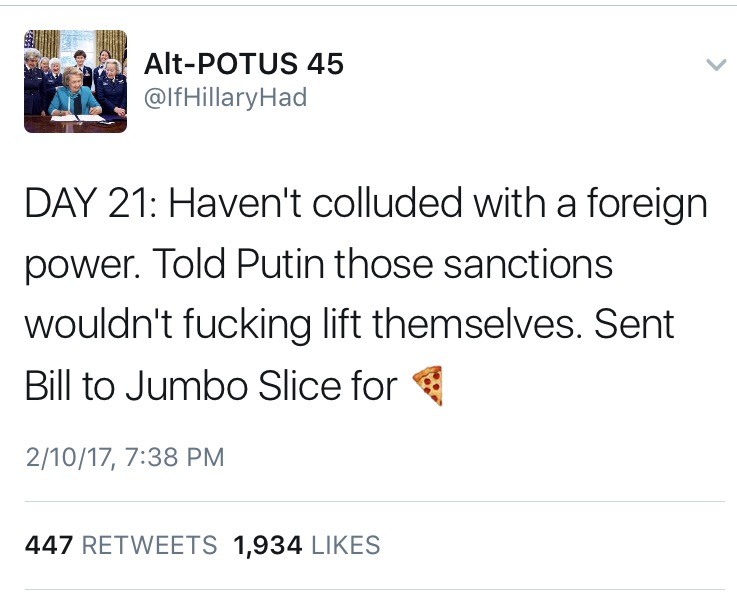 As you can see, the tweets from this account mainly follow a pattern in which the Alt-POTUS describes a presidential action she’s taking, cusses out a man or mens, and sends Bill Clinton on an errand. I enjoy every aspect of the performance of Alt-POTUS 45: the competent governance, the open-throated self-expression in the face of idiot men, and the idea of a partner who cares just as much about the little details of life as you do.

There’s something extra funny/special about the #BillErrands. They speak to a kind of attention to the small details of life that still feels gendered — still feels like women’s work.  #BillErrands in the world of Alt-POTUS 45 honor this gendered form of attention and represent it as potentially part of — rather than a diminishment of — powerful, responsible, humane governance. 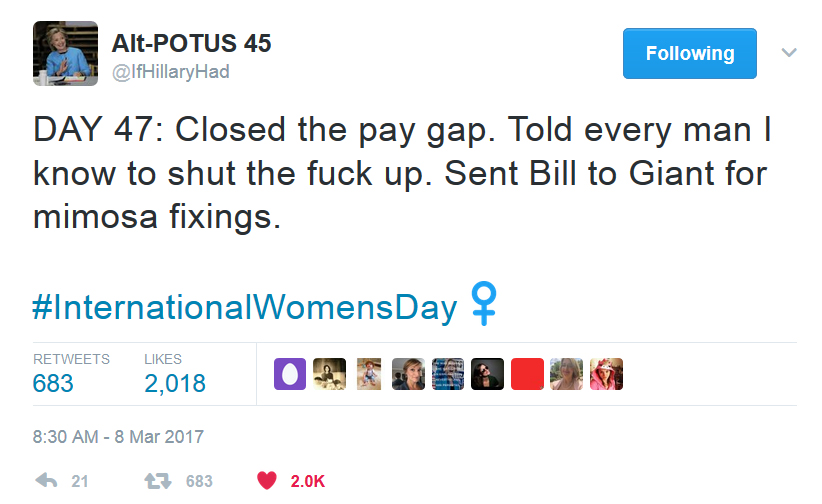 On this International Women’s Day, I hope you can fix yourself the perfect snack or drink and check out @IfHillaryHad.

And you can find an interview with the creator of Alt-POTUS 45, Sarah Lerner, at Bust.