The Girl-Sized World of Bizaardvark 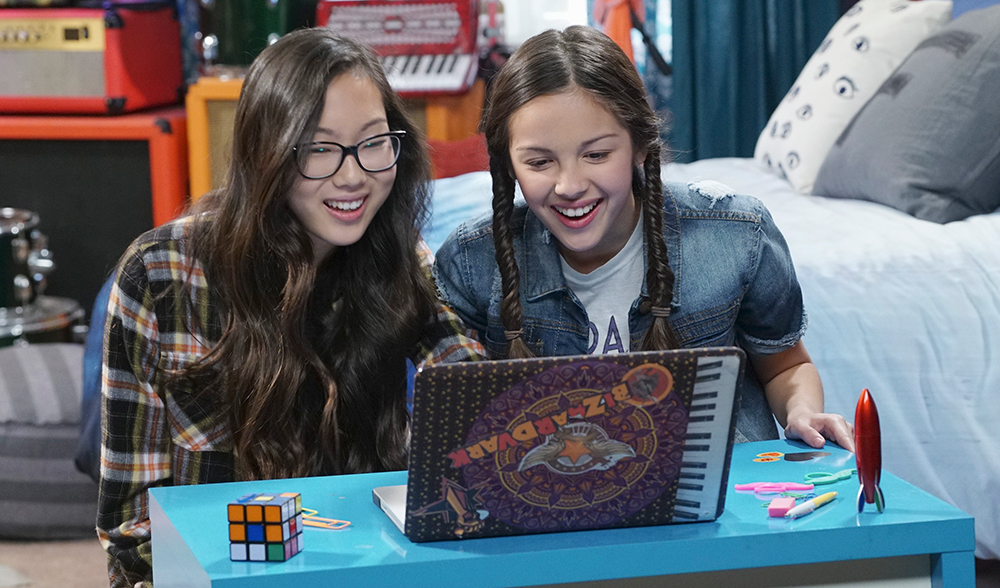 My favorite new TV show is “Bizaardvark” — a sitcom about teenage best friends, Frankie Wong and Paige Olvera, who write comedic songs and post videos of their performances to the the Internet. After gaining 10K subscribers on Vuuugle (a stand-in for YouTube), Frankie and Paige are given access to the Los Angeles-based Vuuugle studio – an idyllic creative space where Vuuugle stars make their videos, come up with ways to promote their brands, get into trouble, and find friends.

I love basically everything about this funny, savvy, inclusive show, which premiered on the Disney Channel this past June. I love that Frankie and Paige are girls of color. I love how they’re styled — with minimal make-up and tomboy fashions. I love that they’re obsessed not with boys or their appearance, but instead with being successful in their creative endeavors. I love that every episode of “Bizaardvark” passes the Bechdel test.

Recently I realized the extent to which, in order to create a fun, positive, and supportive space for teen girls (both the girls on the show and the girls watching the show), Bizaardvark’s creators suppress traditional adult masculinity in the world of the show. There are male characters, but each is contained in important ways.

For example, there’s Liam, the boss of Vuuugle and the only adult character who appears regularly. He’s depressed and British (code for not totally-all-the-way-masculine here in the U.S.), but most importantly, he’s never physically present; we only ever see his face on a mobilized video screen that’s prone to falling over and getting damaged. Frankie and Paige’s agent, Bernie, is a very small-for-his-age 12-year-old boy whose attempts to perform manliness fail 100% of the time in hilarious ways. Fellow Vuuugle star Dirk is a big teenager who runs a channel called “DareMeBro” on which he shares videos of himself performing dares (masculine feats of strength, endurance, and stupidity), but he is sweet, childlike, and often wears floral or foliage prints. The explosion-loving male pyro expert whom Frankie and Paige hire to create explosions for one of their videos is played by a little person. And Paige’s MMA instructor is a huge muscle-y dude…whose feelings are hurt when Frankie mocks his pony tail.

I’m writing this post at the end of the worst week thus far of the 2016 presidential campaign, when toxic masculinity showed us its ass, threatened women, and even got #repealthe19th trending on Twitter. The world will become a better place for women. In the meantime, we’re lucky to be able to take a vacation in the girl-friendly world of Bizaardvark. Watch the whole first episode for free here, and definitely check out Paige and Frankie’s hit single “The Comeback Song” here.

← Kate McKinnon is the Future of Comedy
On the Grossness of Being a Girl: The CW’s “Crazy Ex-Girlfriend” →