Laughing Alone in the Dark with “Baby Cobra” by Ali Wong 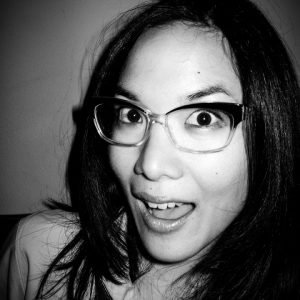 I have too much to do these days and not enough time to watch, read, and listen to comedy. But after my friend Dennis begged me to watch Ali Wong’s Netflix stand-up comedy special, “Baby Cobra,” I finally made time. One day after work I went to a dark café and watched it on my laptop with earbuds in. I think everyone around me — couple on first date, nursing student reading from giant biology textbook, and Bible study group – was  jealous of how hard I was laughing and how happy I was.

Ali Wong is an Asian-American comedian and comedy writer, and at the time of the filming of the special was also super-pregnant. It’s fantastically powerful to watch a very pregnant woman do standup. Watch “Baby Cobra” for that alone!

Ali deftly weaves three main topics through “Baby Cobra”: (1) frank comedy about sex and sexuality, (2) a complex, shifting, ironic/unironic expression of the desire to be a “lazy housewife,” and (3) reflections on American-Asianness, including the important difference between “fancy Asians” and “jungle Asians.” All of it is completely hilarious, and probably especially so if you’re Asian-American, or an Asian-American woman (that’s me).

Here are some favorite lines that I scribbled down at the café while watching the special:

On sexually transmitted disease: “If you don’t have HPV yet, you’re a fucking loser.”

On liberal white culture: “You know what a doula is? A white hippy witch.”

On intra-Asian racism: “I’m half Chinese and half Vietnamese, and my husband is half Japanese and half Philippino…and we spend 100 percent of our time shitting on Korean people.”

Lol lol lol! In reference to that last joke — one of my favorite aspects of the special are the jokes about intra-Asian bigotry, because it’s specific and real and defies the stereotype of Asians as polite, deferential, and ceremonious. I can never get enough of comedy that tears down that stereotype and instead represents Asians as just as uncouth as all other humans. (Speaking of, I should review Angelah Johnson’s “Beautiful Nail” bit here soon….)

Thanks to my Dennis for making me watch “Baby Cobra.” I can’t recommend it enough. Find it on Netflix here.

← “The Flarp Comes to Fort Chiswell Virginia”: Short Story
Kate McKinnon is the Future of Comedy →