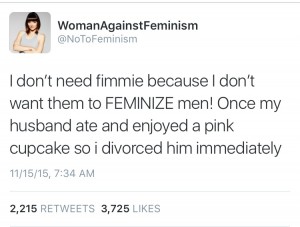 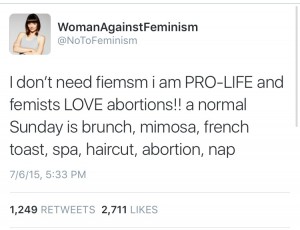 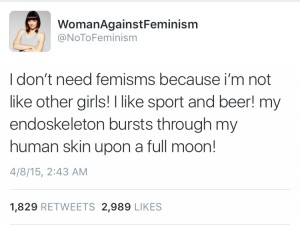 The speaker of Woman Against Feminism assumes that feminists dislike domesticity and family life: 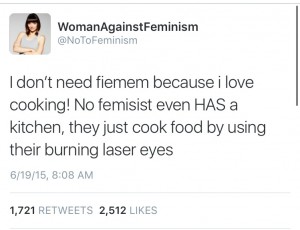 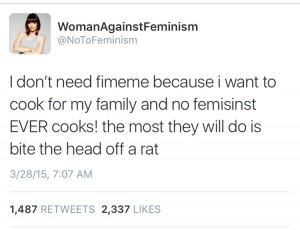 The tweets also parodically assert strong beliefs about what makes a man a “real man” — all of which reveal the arbitrariness and narrowness of the traditional definition of masculinity. 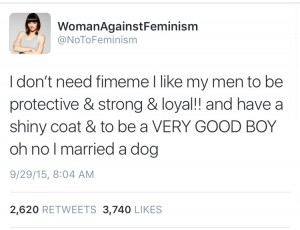 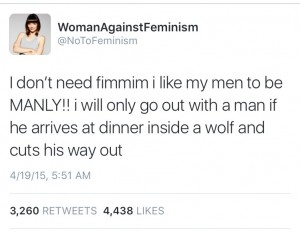 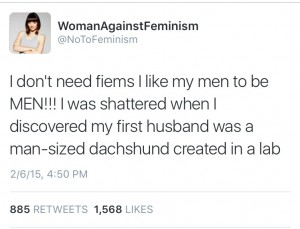 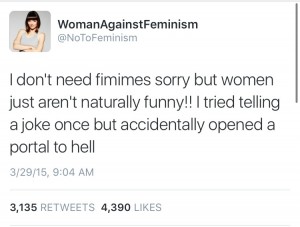 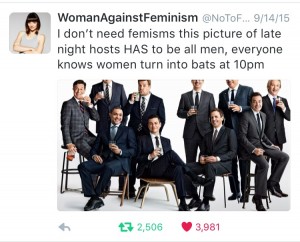 Many tweets parody the belief that the full responsibility for protecting herself from assault and harassment falls to the woman — and that she will only become a victim if she chooses to become one, because, of course, it’s entirely up to her. 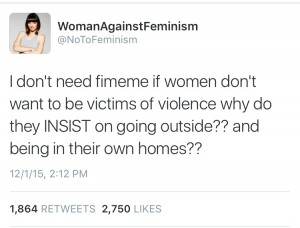 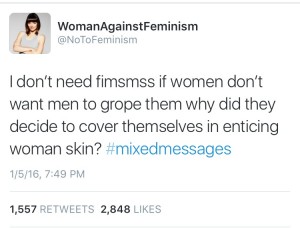 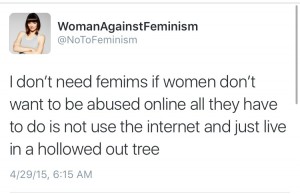 As you can see, the parody of Woman Against Feminism takes place in the land of extreme absurdity, which offers fertile terrain for social commentary. For me, the combination of the absurd and the re-visiting/re-presentation of persistent sexist beliefs has a powerful cumulative effect. I’ve considered myself a feminist since encountering Free to Be You and Me as a kid in the 1970s, but reading the absurd parody of Woman Against Feminism over the past year has brought the causes and effects of sexism into sharper focus for me while making me laugh.

Rebecca points out through Woman Against Feminism that the main driver of sexism and all forms of inequity is fear. Fear of the downpressed, and of giving them back their agency and space. It’s harder to detect the fear than the hate, but Rebecca, shining her sharp light on it, helps us see it: 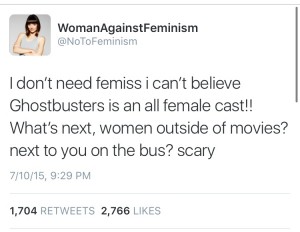 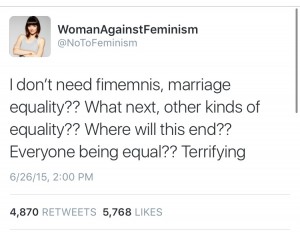 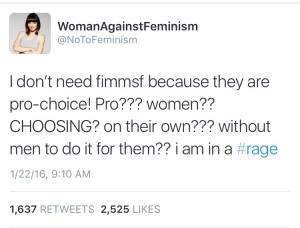 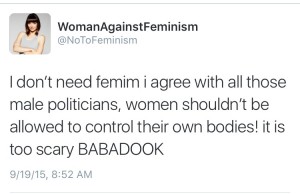 Woman Against Feminism makes me laugh and helps me resist. So I can’t recommend it highly enough. 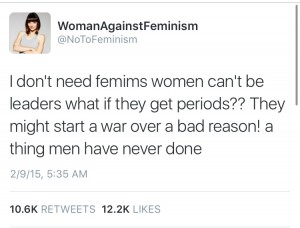 ← Unremitting Absolutely Fabulous
The Purity of Punk vs. the Production Values of Pop: A Fan of “The Maria Bamford Show” Reviews “Lady Dynamite” →